I did manage to sleep well last night, despite reeling from the cost of a bottle of Indian wine at £35 pounds. If I tell you that I could have bought a glass of it today for a mere £4.50 in another restaurant, you will see why! Frankly it has left a nasty taste in the mouth about this otherwise delightful hotel. The room is well appointed, the shower is hot and effective and the bed is vast and very comfortable. Add to that the pleasant and efficient staff and the excellent grounds, it seems a shame that they have to resort to ripping off guests in their bar. Anyway, I may take it up with the manager when I come to pay our bill!

Today we breakfasted quite early and then were driven to Darjeeling station for a ride on the Darjeeling Himalayan Railway. Needless to say that a number of us were like 9 year old kids! The station was quite busy with a diesel shunting carriages around. Over the road were a number of steam engines being prepared for their journeys. Mark, of course, couldn’t resist the opportunity to climb on the footplate. 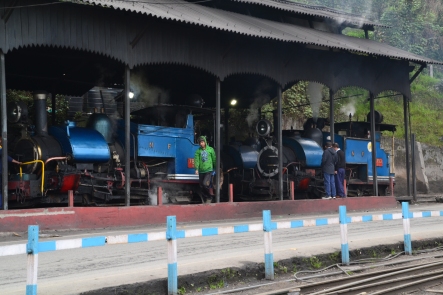 The ‘toy train’ was built between 1879 and 1881 and is a remarkable feat of engineering. It zig-zags and loops its way from New Jalpaiguri to Darjeeling, climbing 6,850 feet over its 50 mile length and takes 9 hours to complete the journey. It is now a UNESCO world heritage site and rightly so. We opted for the ‘joy ride’ to Ghoum and back.

We climbed on board and squeezed into our seats, buttock to buttock. The steam engine whistled and we were off, straight across the Main Street of Darjeeling and then along the side of it. At times you could have grabbed packets of crisps from the shop fronts, if you had a mind to. The train criss-crosses the road and long tailbacks of traffic form. Not long after starting we stopped for water and it was reassuring to see the guard apply the individual brake for the carriage! Then we pressed on to the Batasia loop. In places, the only way the train can climb steeply in a short distance is to do a complete loop. At the top in the centre of the loop is a fine statue to the Gurkhas who have died in battle. The views from here are spectacular an£ no doubt even better on a clearer day. We had 10 minutes here and then we headed for Ghoum. 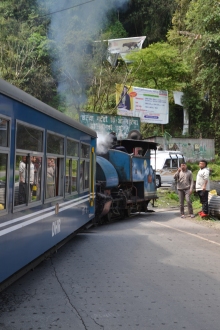 Ghoum station is rather attractive and there is a small museum about the railway. We had half an hour to mooch around and had the added bonus of a second steam engine and carriages joining the first. Then we headed back to Darjeeling. It was quite wonderful. The noise of the engine, the smell of the steam, the shriek of the whistle, the smuts in the eye…..it was all too, too…….brief an encounter, but “thank you for coming back to me darling.”

We left the station with our guide and walked up onto the Darjeeling Mall which is like the Maidan in Shimla. It is a wide open space on a ridge lined on one side by shops including a wonderful old bookshop. At one end, backing on to Observatory Hill is an open air theatre. Eventually we entered a restaurant called Glenary’s which was a fine colonial building turned into a charming restaurant with fine views. We sat at one long table and were impressed by the range of dishes the kitchen could offer. And very good dishes they were. Christine and I opted for vegetable gratin and chips and it was delicious and certainly worth every penny of the £9.00 total we paid! Service was excellent and we all ate very well.

Then followed a walk down into the market, which is always fascinating and made more so by our guide who could tell us what everything was and what it was used for. Wonderful fruit and vegetables, dried fish, pulses, incense, spices etc. The market is in the old colonial parade ground and above are some of the old government offices. 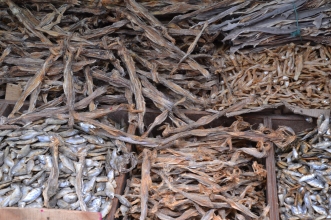 Our guide then led us into a tourist trap, but then it was expected! We were taken into a tea shop (selling tea rather than scones and clotted cream), and we had the different teas explained and a taste of 6 of them. It was very interesting, but of course we were expected to buy and the prices were high. Christine and I settled on 50gms of white tea for about £8.00!

We wandered back to the Mall, to find that the bookshop was shut. However a few minutes later it was opened and we went in. There were books piled everywhere and massive shelves filled to the brim. We were like kids in a sweet shop. Of course we couldn’t take much away because of weight restrictions, but we settled for a book on the common birds of India in the hope that we might identify some in the pictures we had taken. 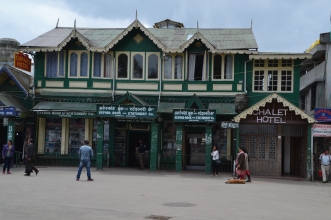 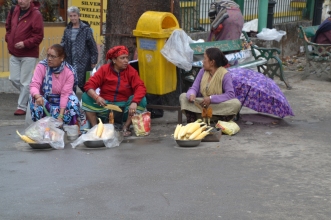 Christine and I decided to walk around Observatory Point as it had stopped raining. The views should have been fantastic, but the fog that lapped the hillside meant that little could be seen. Still we enjoyed the antics of a couple of monkeys and soon found ourselves back at the hotel. A refreshing cup of Darjeeling was called for and duly enjoyed. Tomorrow is our last day of sight seeing as we shall be journeying homewards on Thursday and Friday. 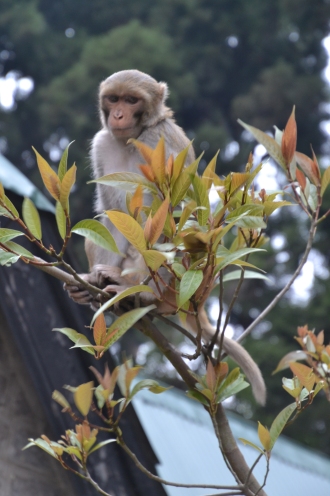